Top 10 Soap For Fungal Infection In India – One of the most common skin diseases consists of fungal infection that is also referred to as mycosis. It is caused by the fungus and there are millions of species of fungus. They generally live on dirt, plants, and household surfaces. Keeping your body safe from any kind of infection is crucial as they spread very fast when left untreated. They can cause issues such as rashes or bumps. In today’s blog, we are going to talk about the Top 10 Soap For Fungal Infection In India.

As per many reports and case studies it was estimated that more than 1.5 million people die due to fungal diseases and it affects more than a billion people. Still, fungal infection is one of the most neglected topics by many public health authorities across the nation. Treating various fungal infections such as athlete’s foot, jock itch, and ringworm by using Antifungal soaps is possible. Therefore to aid people in this regard we are going to mention the Top 10 Soap For Fungal Infection In India.

There are various options that are made available in the market in terms of medicated soap for fungal infections. Using soap is a very viable option as it is very convenient as per the application method. Keeping the body safe from any kind of infection is very important as we all engage ourselves in a lot of activities on a daily basis and also get in touch with various surfaces. Using soap for fungal infection will make sure that the fungus/fungi that cause the infection are removed and the skin remains in a healthy state. In addition to it, antifungal soaps also make sure that remove any kind of body odor, prickly heat, and other skin-related issues. Have a look at the highly prescribed medicated soaps for fungal infections in India. 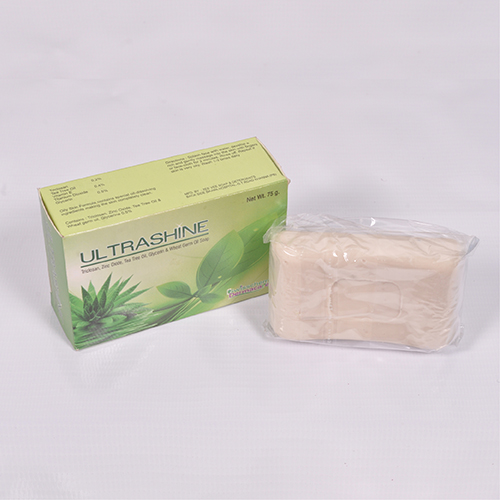 ULTRASHINE SOAP is the fusion of Triclosan, Tea Tree Oil, Vitamin E, and some more important components that makes it the first choice for treating fungal infection in India. It also makes it rank among the best antifungal soap in India. Triclosan in it is an antibacterial and anti-fungal agent that works by slowing or stopping the growth of the germs such as mildew and bacteria. Tea Tree Oil then is being used traditionally as a topical antiseptic and various antifungal treatments. Titanium Dioxide shows its active mechanism against pathogenic Candida and other fungal skin infections. 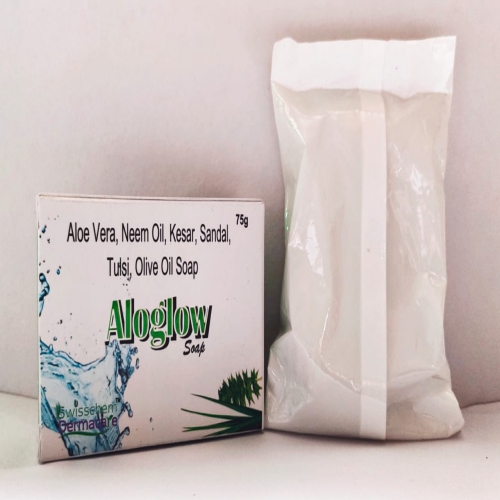 One of the top ayurvedic soaps for fungal Infection is ALOGLOW SOAP as it is a combination of various herbal components such as Aloe-Vera, Neem, Kesar, and many more. They all work very well to provide relief from the various symptoms of fungal infection such as irritation, scaly skin, itching, swelling, and much more. Having all herbal and natural ingredients makes it the best antifungal soap for private parts. It also restores the natural beauty and softness of the skin and also makes sure that the essential moisture of the skin is also maintained. It also protects the skin from any kind of environmental oxidative damage. 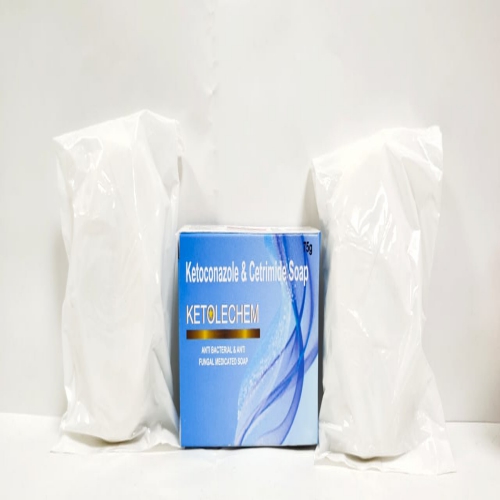 KETOLECHEM SOAP is another well-known brand name in the Indian Pharma market and it is also called the best antifungal soap for ringworm infection. It is having Ketoconazole & Cetrimide as its active ingredients which are very good for treating various forms of fungal skin infections. Ketoconazole is used to treat skin infections such as athlete’s foot, jock itch, ringworm, and certain kinds of dandruff. Cetrimide is linked with a class of pharma drugs called antiseptics and they are used for treating infection of an affected area that’s how it relieves the various forms of problems that one might be having such as relieves irritation. 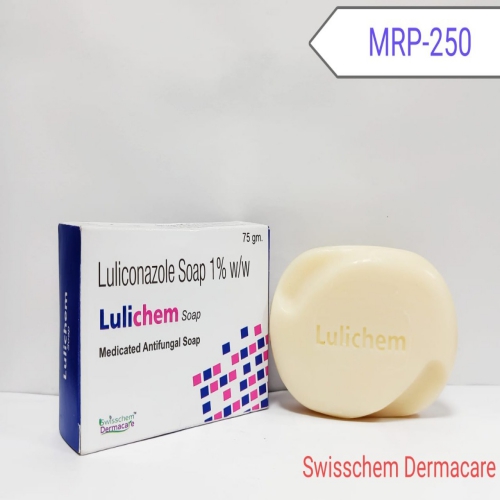 LULICHEM SOAP is another well-known brand in the Indian market that ranks itself among the list of the best antifungal soap. Luliconazole is the active molecule in it which is linked with the class of pharma drugs called antifungals and it is used to treat fungal infections of the skin like ringworm, jock itch, and athlete’s foot. Fungal cell membranes of the fungus are destroyed which is essential for the growth and the survival of the fungus that causes the infection. The entry of the unwanted substances into the cells is prevented and thus leakage of cell contents is prevented by it. 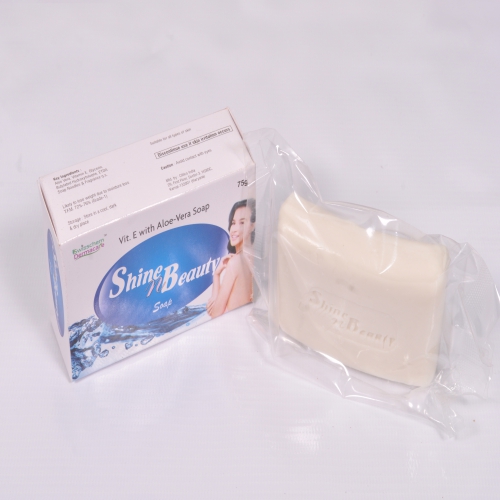 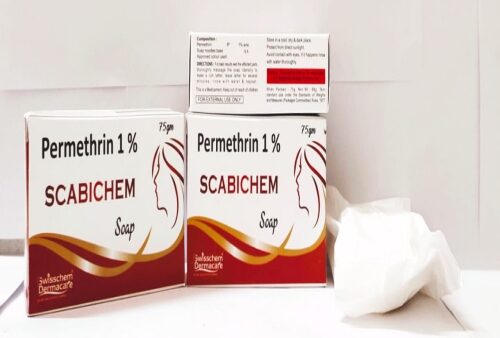 SCABICHEM SOAP is a well-known brand being prescribed for treating the problem of scabies. Its active component Permethrin is linked with the class of pharma medications called pyrethroids. It is a kind of antiparasite drug that is used to treat infections caused by eggs, lice, and mites. One of the main uses consists of pediculosis and scabies. Scabies is being a contagious skin infections that can spread easily and very quickly from one person to another one. Permethrin Soap is the most viable solution for treating fungal infections and is one of the most recommended antifungal soaps.

Aden’s Soap is another well-known brand name in India being used for treating various forms of fungal infections. Neem is one of the most widely used plants for treating fungal skin infections. They are very rich in various antifungal properties and are very good for the skin. Aloe vera and Glycerin being a hydrating agent works very fine to make sure that the action of neem is supported by them in a very positive manner in order to make sure that the individual gets rid of all the problems that one might be getting regarding the fungal infection. Having all these features makes it the medicated soap for fungal infection. 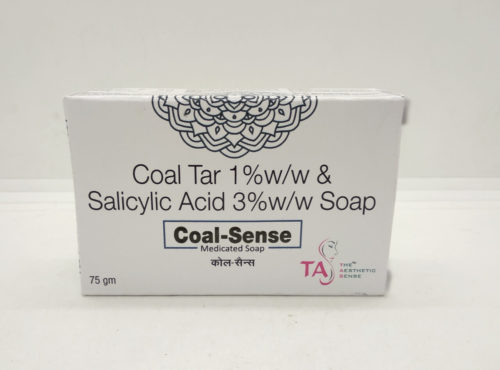 COAL-SENSE SOAP being a combination of salicylic acid and coal tar works very well to eliminate various forms of fungal infections and their related symptoms and problems that one might be having. It is linked with the class of medicines called keratolytic agents that are primarily used for treating various skin conditions like psoriasis, dandruff, and controlling seborrheic dermatitis. One of the widely faced problems in psoriasis is flaky white-yellowish skin and this soap works very fine to provide the required relief from the same.

Himalaya is one of the well-known brands in India that is very well known for the herbal and ayurvedic products that it offers to all individuals. Aactaril Soap is a cleansing soap used for bacterial and fungal skin infections and it is having Barbari, Nimba, Ushira, Jambira & Karanja as its active ingredients. It is very helpful in preventing the recurrence of various skin problems and fungal skin infections such as folliculitis, cellulitis, Tinea infections, and candidal infections are effectively treated by its usage. This soap is the top herbal medicated soap for fungal infections. 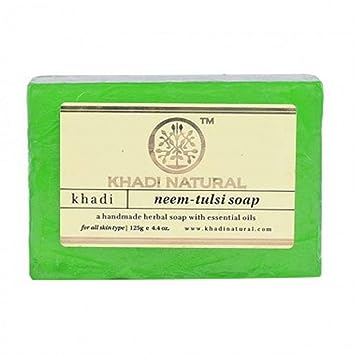 Khadi Natural Herbal Neem Tulsi Soap is another name on the list of the best herbal and natural soaps for treating fungal infections of the skin. Its active ingredients Neem, and Tulsi are very effective to clean, tone, and nourish the skin. Its antibacterial action works very well to eradicate any kind of fungal skin infection that one might be having and all the related problems of the infection are also solved by it. The skin is kept hydrated and moisturized very well to increase the glow of the skin.

There are various types of skin fungal infections and they can happen anywhere on the body. There are various symptoms that are associated with the infection of the skin which includes irritation, scaly skin, redness, itching, swelling, and blisters. Fungal infection occurs when invading fungus takes over an area of the body and the immune system is not able to handle it and eradicate it. Fungi live in the air, soil, water, and plants but they are not threatening until they attack the human immune system. But one need not worry about it as it will go away when used the right soap for fungal infection in India. One must get in touch with a dermatology expert when they are not able to get rid of the fungal skin infection.